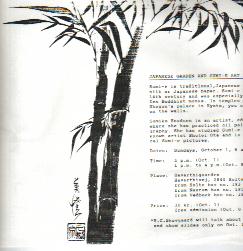 The Japanese word Sumi-e is compound of the word Sumi, which means black ink, and E means picture. Sumi-e is also a Japanese art, where the pictures paint with black ink. Sumi-e brought to Japan by Zen/priests in the 13th century and is closely connected to the philosophy of Zen/Buddhism. In Zen, truth can be expressed in a single word after hours of meditation, and similarly Sumi-e uses a few, highly expressive brush strokes.

In Japanese estistic, people expect with 5 different color tone of ink, and pictures is painted out from these concept is simple, elegant and beautiful. People express self not with a many of thin line, but with many expressful brush stroke. People paint not light and shadow, and also background, but let the figures clearly step forward. The motives are traditionally Japanese, specially plants and flowers, except burds and animal, and also people. Specially popular motive is crane. 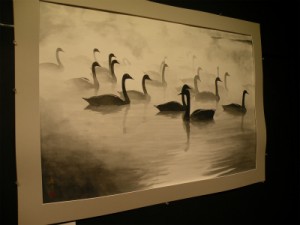 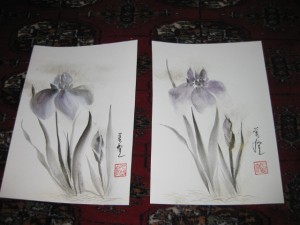